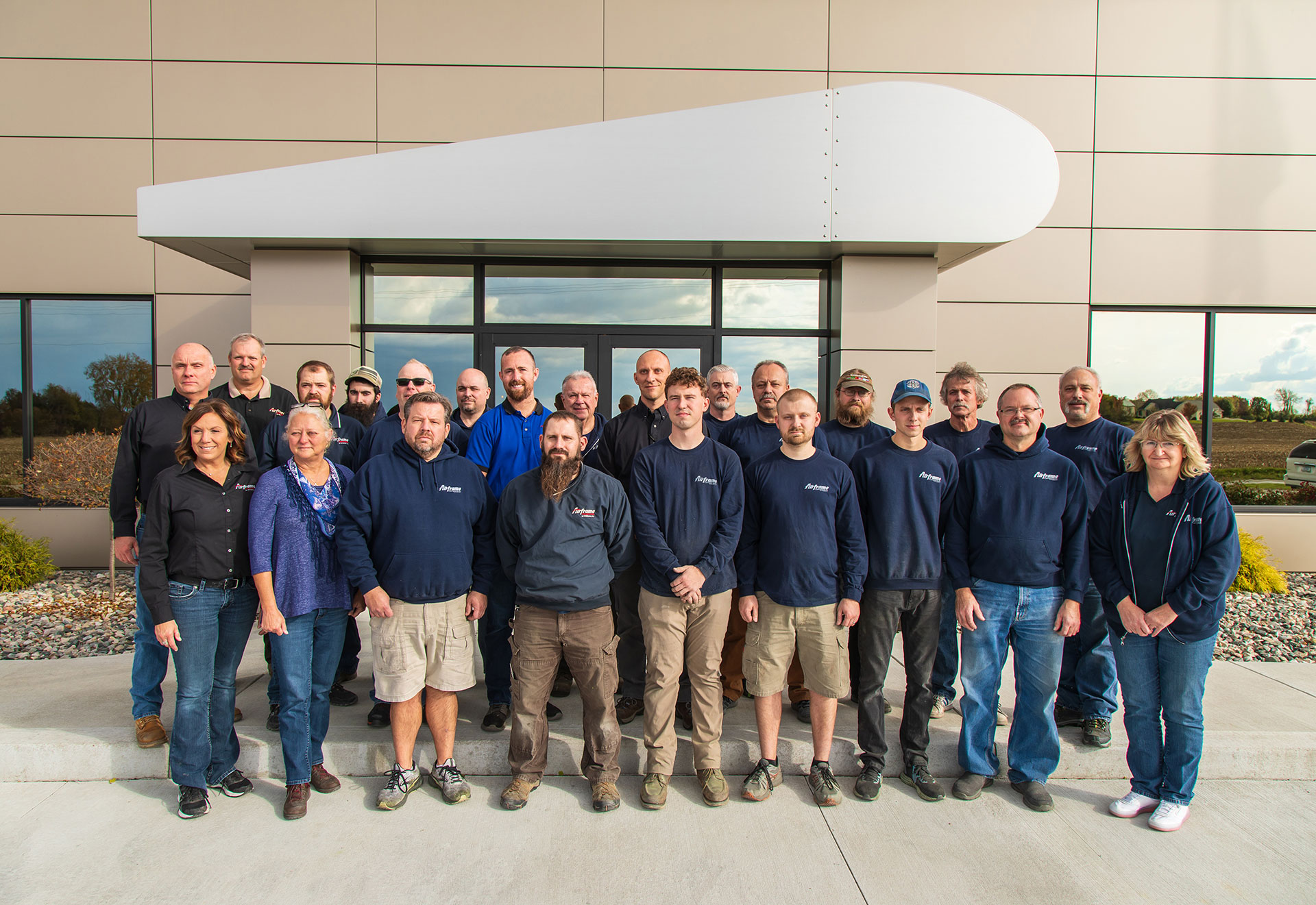 The STAFF at Airframe Components is here to help you take flight.  They can walk you through the process from damage, to shipping, to repair, and to the paperwork.

Roy Williams started his career in aviation while holding a bucking bar for his father at a very young age.  Along with his education in aviation maintenance and small business entrepreneurship, his 40 years of experience has allowed him to take the company to new heights, reaching all continents of the world.  Shelly officially joined the company in 1999, and raised their three daughters at the shop in a ‘day care’ room attached to their office.  Shelly manages all of the HR and IT work.  Together, they enjoy flying as much as they can and traveling.

Ross Sumney is the Shop Foreman for the Wing Division.  He started his interest in aviation at the age of 14 while working at Tri State Airways where the P51 Mustang quickly became his favorite aircraft.  After obtaining his A&P license at Vincennes University, Ross became employed full time at Airframe Components in May of 1990.  Using his 31 years of experience, Ross has assisted customers all over the world with their wing repair needs and strives for repair excellence for his clients.  In his spare time, Ross enjoys snowmobiling and spending time with his wife, Tami, and their two dogs.

Nathan Whetzel started working full time in 2002 for Airframe Components, working on flight controls.  Nathan became the Shop Foreman of the Flight Control Division and has been solving customers’ problems since 2012.  Nathan is currently working on his private pilot’s license to better relate with customers. He is married to Lisa for over 20 years, and they have 3 sons and 1 daughter.  When Nathan is not at work, he enjoys hunting, fishing, camping, or basically anything outdoors.

Grant joined the Airframe team in 2013 rebuilding Cessna rudders and elevators. Over the next few years, he expanded his knowledge of aircraft parts. In 2017 he took over as Parts and Shipping Manager. In his free time, he enjoys wakeboarding, customizing trucks, flying helicopters, and spending time with his wife Amanda.

Kyle Hosted began his career at the shop in 2002, working in the shipping department.  He quickly moved onto rebuilding controls, where he has excelled in rebuilding controls ranging from elevators for a C140 to a polished flap for an F86 Sabre Jet.  He is now the Floor Manager, where he keeps everything running efficiently.  He makes sure everyone has parts and paperwork they need, and trains others to keep the company progressing.  Most of his free time is dedicated to his wife Carlee and their two young children, but still finds time occasionally to wakeboard and play hockey.

Our Accounting Officer, Karen Rider, started in 2012 and keeps our financial systems running at top notch with accuracy and skill!  In her free time, Karen enjoys crafting, and spending time on the lake with her husband, family, and friends.

Susan started in 2019 and helps maintain our vast parts inventory.   She brings detailed organizational skills to Airframe Components and is always ready to guide customers to get the right part they need when they call in!  In her free time, Susan enjoys sewing and spending time with her children and grandchildren.

Piper has been with Airframe Components since 2013.  She is in charge of the employee exercise program, requiring all to leave their post to open doors for her, constantly.  Her days consist of walking the production area not only supervising, but seeking attention with petting and food.  Piper would rather be on the ground lounging in the various doggie beds around the facility, and following owners Roy and Shelly around wherever they go.